THE DIGITAL DELUXE EDITION IS OUT NOW! GRAB YOUR COPY TODAY! 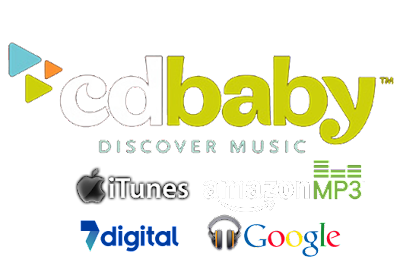 
In 2013, YakMusic announced a re-issue of Twenty Stories Below in digital format and packaged as a Digital Release Deluxe Edition for release in June 2013. Seven bonus tracks were added, including the previously unreleased 'Ever had the Feeling' performed/produced by 12Daze (& mixed by Blind Melon's Brad Smith).

Click on the BUY CD link to the right of this Blog site or purchase from one of the following Online Stores:

COMING SOON to Google Play, Amazon Mp3 & 7Digital.
(note: Blog will be updated once the album is available from these stores).

Please leave us your review too!
YakMusic would again like to thank every person that made this possible, especially the amazing bands worldwide and of course, Blind Melon.

Posted by YakMusic at 5:26 AM No comments:

YakMusic are proud to announce the final track-listing for the new Digital Release Deluxe Edition which is due to hit online stores this coming Friday (5th July) web-wide!

"The new tracks have added even more Melon love to what was already an album bursting with heart felt dedication to an amazing band" YakMusic founder Mark Davis said.

"I can't wait for these additional tracks to be heard."

The bonus tracks are a mix of older and new tunes.

"Some of the songs we used on the Deluxe Edition were previously submitted, or were meant to be submitted, to us way back in 2005 during production. Some of them were too good to have left unheard so we contacted those bands to ask if it were ok to include them." Mark added.

"Then we also had a few tracks recorded especially for the re-release. Some of the artists were just itching to be part of this again and naturally we were over the moon when some of them contacted us."

"Every deluxe (bonus) track has a direct or semi connection to the artists who appeared first time around."

THE BONUS TRACKS IN DETAIL 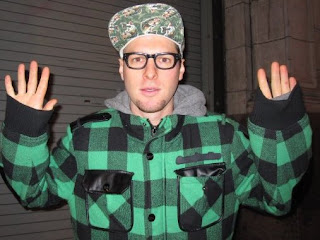 David Aaron, who is also known as Duke Sims in Brooklyn Hip Hop/Punk/Metal/Reggae/Rock entertainers Shinobi Ninja, recorded two tracks for the Blind Melon Tribute Album back in 2005.
His amazing rock out version of Life Aint So Shitty made the cut while his version of Change had to be put on the back-burner...until now. 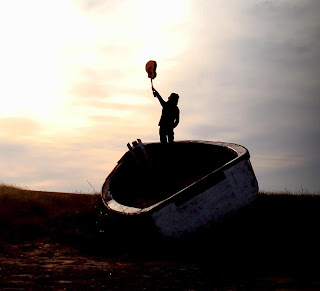 French Canadian band Empreinte Galactique, who appeared on the original version covering Drive, have since gone on a hiatus and several bands have since formed on the other side.
One of them was East Road, which features Empreinte Galactique's Rami Renno on bass, drummer Pete Pételle & the soulful Jean-Michel Renaud on guitar/vocals, who offered a beautiful rendition of Vernie for the deluxe edition. 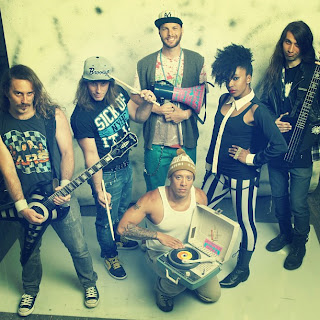 Fittingly one of the big omissions from the Blind Melon catalog on Twenty Stories Below previously was the band's biggest hit No Rain. David Aaron got his Shinobi Ninja crew together for the deluxe edition to record (and have some fun with) this Melon classic and the results are what you expect from these Brooklyn Hip Hopping-Punk-Metal-Reggae-Rockers. 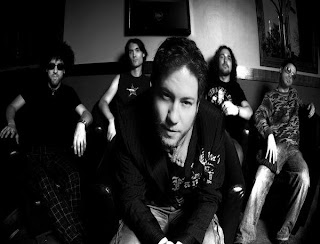 Around the time they recorded Drive, Guitarist/Vocalist Rami Remmo, with his Empreinte Galactique bandmates Daniel Lemay (guitarist), Carl Vaudrin (Keyboard) had also recorded All That I Need with their side project Renzo!! It wasn't submitted to YakMusic at the time but was later unearthed for the Deluxe Edition. 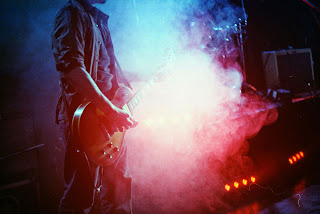 Argentine Rockers Superextra originally appeared on Twenty Stories Below covering their own guitar driven version of 2X4. This time the distorted guitars have been put aside for a stunning rework of the classic Walk from Blind Melon's Soup album. 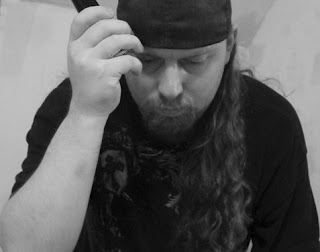 12 Daze, aka Matt Theberge, performed a dark driven rendition of Glitch on the original version of Twenty Stories Below and has returned with a thumping rendition of Blind Melon's unreleased track Ever Had the Feeling. The song was also mixed by Brad Smith of Blind Melon. 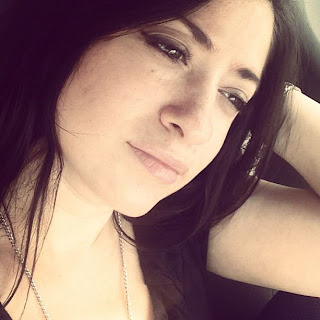 Like she began the album, covering Deserted on the original version, Jamie Shields once again sends chills with a soulful melodic version of St Andrews Fall (which we all know also features the album's title in the Bridge). A fitting way to come full circle....

Make sure you purchase your copy for only $9.99 from one of CDBaby, iTunes, Google Play, Amazon Mp3s or 7 Digital. 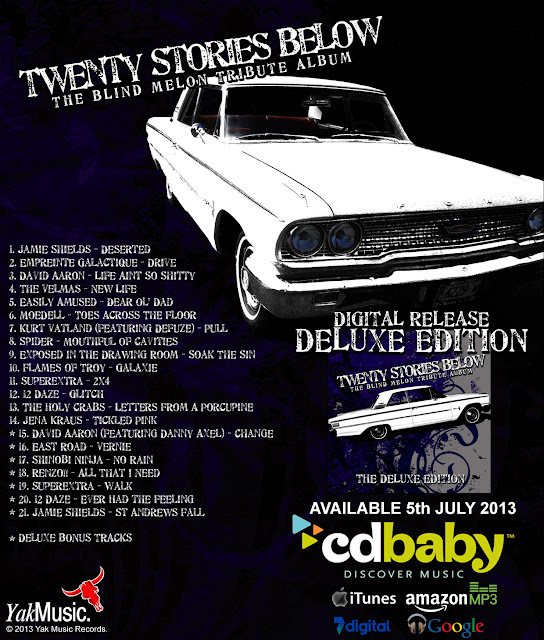 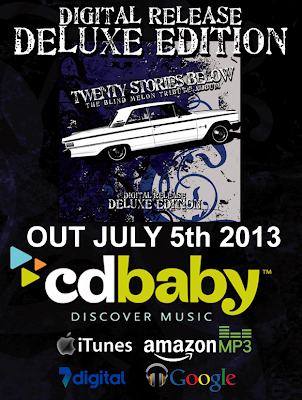 It's been nearly seven years since the original release!


Finally, Twenty Stories Below - The Blind Melon Tribute Album will be re-released as a Digital Release Deluxe Edition on 5th July 2013 and will contain 21 amazing versions (including 7 bonus deluxe tracks) of Blind Melon tunes spanning over three classic albums.

The album features talented artists from all over the world such as Jena Kraus (who featured as a guest vocalist on Blind Melon's Mouthful of Cavities), The Drawing Room (Joel Bruyere from Thousand Foot Krutch), New York band The Velmas, David Aaron (aka Duke Sims from Brooklyn's Shinobi Ninja), Argentine rockers Super Extra plus many many more!

The digital album will be available for only $9.99 and can be purchased from CDBaby, iTunes, Amazon MP3, 7Digital or Google Play.

Stay tuned for our final Digital Deluxe track-listing announcement in the next few days!
Follow us at:

Digital Deluxe Announcement Around the Corner! 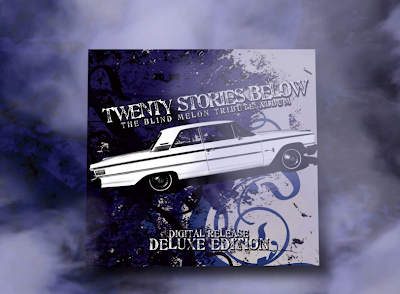 "YakMusic is now only days away from announcing a release date and final tracklisting for the Digital Deluxe Edition release of Twenty Stories Below - The Blind Melon Tribute Album.
Stay tuned for a special Promo video announcement and then the official press release on the album's official Blogsite (www.blindmelontribute.blogspot.com) and/or social media pages (Facebook & Twitter).

Mark
c/o YakMusic
Posted by YakMusic at 6:11 AM No comments:

Kurt Vatland, who featured on Twenty Stories Below - The Blind Melon Tribute Album, covering Pull with Defuze, is making big headlines in his neck of the woods with Indie Grind Blues band La Madness as they embark on a national tour in support of a debut album.
Their tour begins in Southern California with an official album release show at House of Blues in San Diego on June 11th and ending in his home town of Minneapolis on July 13th, including highly anticipated showcase at the famed Whisky A Go Go in West Hollywood June 15th. 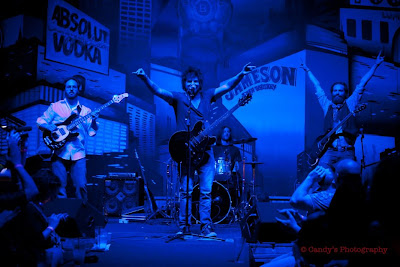 Their debut album entitled “Chances Are” is produced/engineered by Bryan Mengy (New Medicine) & mixed/mastered by Colt Leeb (Soul Asylum) and promises to make the biggest music critics take notice.
Gracing the cover of the album and the band's album merchandise is Playboy's Jessica Zelinske. 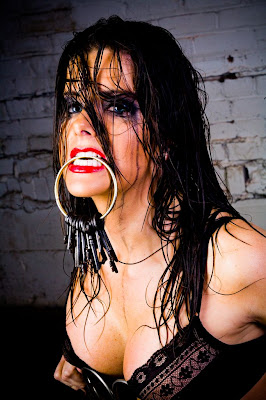 The band's single Misery is currently receiving national airplay and rave reviews. Check it out now!


Yesterday was a good day for Melonheads alike.

YakMusic announced for June 2013 for release of the Digital Deluxe Edition of Twenty Stories Below - The Blind Melon Tribute Album.

"We are just working through the bonus tracks as we speak, sorting out the licensing. There are some lovely cover tunes that I'm sure Melon fans will embrace as they did with the covers they heard on the Tribute album. There should be an extra 6 or 7 tracks."U Mark from YakMusic said.
"Once we've sorted that all out, we'll announce the final track-listing. Expect that to happen next month"

Twenty Stories Below - The Blind Melon Tribute Album was released on 15th December 2006. Various bands from over the globe covered versions of their favorite Blind Melon tunes (spanning over 3 albums) creating a touching tribute to Shannon Hoon and a much loved band.
Due to popular demand the album was re-released for a limited time in it's physical form on 10th December 2010.

The Deluxe edition will be the first time the album will be released digitally which means the album will stay on 'virtual' shelves for a life period.

"We're also looking at other avenues such as Spotify etc so the album can reach out to as many fans as possible. That will come in due time." Mark added.
"We had been contacted many times in the past regarding a digital release so to have this album in the hands of those fans who never got the opportunity to purchase a physical copy will be very pleasing." 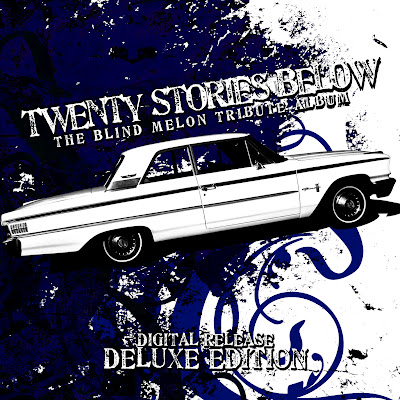 Posted by YakMusic at 3:19 PM No comments:

YakMusic are very proud to announce that Twenty Stories Below - The Blind Melon Tribute Album will (finally) be re-released in a digital format via CD Baby/iTunes in Early 2013.

Released exactly six years ago to the day (15th December 2006), the album (lovingly dedicated to the late Shannon Hoon) quickly warmed the hearts of Blind Melon fans worldwide as various artists from all over the globe, performed their own renditions of Melon classics, showing their own thanks, love and appreciation for the music we were treated to over three quality albums between 1992-1996.

The album features a wide range of genres, from acoustic funk, to folk, punk rock to alternative rock.
Every style is suited to bring these Melon tunes into another light.
Jena Kraus (who featured on Blind Melon's Mouthful of Cavities) is heard playing a version of a previously unreleased song, Tickled Pink, while David Aaron (Lead Vocalist of Shinobi Ninja) rocks out a hard hitting version of Life Aint So Shitty and The Drawing Room (Thousand Foot Krutch's Joel Bruyere) memorizes us with acoustic goodness in his version of Soak the Sin plus many many more very special highlights.


At the time, Rogers Stevens of Blind Melon said the Tribute album was "somewhat unusual thing for us (the band) to listen to, as you might imagine...surreal and cool and disorienting....but nonetheless very flattering" and that YakMusic have to be "commended for their persistance and hard work in putting this all together."


Between December 2006 and April 2007, the album quickly sold out and then four years later, another limited press was made for those fans who missed out the first time. This again quickly sold out in February 2011.

Now, with the re-release to a digital format, Melon fans should never fear of ever missing out.

"With a digital release Twenty Stories Below is here to stay" said Mark Davis of YakMusic.
"I contacted Blind Melon for approval, just out of pure respect really, and the guys had absolutely no problem with it. As usual, we will cover all the licence fees and hopefully we can try reach a bigger audience this time. Who knows, if it's extremely successful, a volume two could be on the cards."

The digital release will be considered a Special Edition and there are plans to include never before released bonus tracks and rarities.

"When some of the bands first offered to send through their submissions, some were working on two songs. YakMusic have gone back to the bands to ask if they could either dig them up or finish them off for this special edition. We're hoping to have 4-5 new tracks for Melon fans to enjoy. Maybe more...we'll wait and see" Mark added.

A final track listing will be confirmed closer to release.

Keep an eye on this Blog site for more information over the coming months. 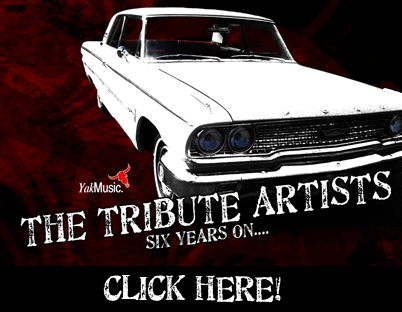